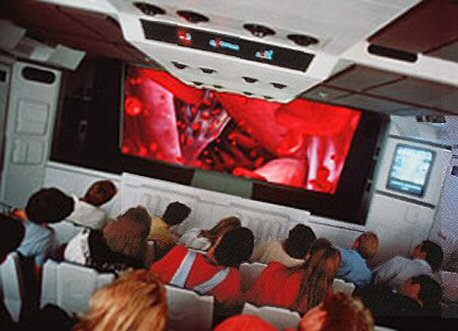 Note: Our interview questions will be in bold, the answers will not be.

Did Wonders of Life cast members rotate through different attractions?

-“Wonders of Life and Body Wars were separate. It was all under the same management, but since costumes were different, the two never mixed during the day. Wonders cast members rotated between the following positions: greeter, Cranium Command, Making of Me, and then other miscellaneous pavilion stuff.”

How often did all 4 Body Wars probes work? Can you speak of frequent Body Wars technical difficulties?

-“Rarely! Probes 1 and 4 were always 10/7 unless it was busy. The infrared cameras rarely worked 100% at any of the probes, so cast members were always on high alert to make sure people were not hanging out on the gang planks for people who didnâ€™t want to ride trying to wait it out there. The gang planks move down to load and unload the probe, and if youâ€™re standing on it while it folds up you would be seriously injured. We also had an issue with water bottles, people would sit them on the floor and theyâ€™d leak or spill, then the movement of the ride would make the water flow down and seep into the film storage area of the probe and destroy the film.”

What is a crazy, funny, or memorable moment that happened while working at Body Wars?

-“Seeing a woman walk out of the Making of Me crying with joy because she just found out she was pregnant.”

What was the UPS system that Body Wars used?

-“Each Body Wars probe was on its own uninterrupted power supply. This is because the seat belts used electronic locks, and if the power ever were to go out they can be undone by guests. The UPS system prevented the power from ever going out inside of a probe, therefor preventing panicked guests from undoing their seat belt, opening up a probe door and falling 20 feet to the ground out of the probe. Star Tours uses the same system.”

Join us next time as we interview another team member or cast member! Feel free to read some of our older interview posts such as the time when we interviewed a JAWS ride skipper, or a Kongfrontation tram driver.

It is unbelievable that kind of any thing is in our body.Thanks for sharing this wonderful information.