Approaching Disney Springs, you can see a full layout of the area-

In the lower part of this photo you can see what will eventually be a spring, with running and flowing water, replicating a real spring.

Work going on behind the Lego Store and T-Rex Cafe can be seen below, its crazy to think that this used to be a parking lot.

An overhead view of Planet Hollywood, the former Pleasure Island, and the new Town Center. Notice the gigantic indoor building that’s being built, it appears that it will be similar to an indoor mall. At the top right side of the photo you can see the new bus loop.

From this angle you get a better view of the new indoor mall style building, Planet Hollywood and the new bus loop (lower right)

Looking down one of the streets of the Town Center-

Here’s a large overhead view of the new area. Notice the old Mannequins Dance Palace now has a gigantic “Springs Bottling Co” sign on the roof.

One last show of Disney Springs with a look at Fulton’s Crab House!

Here’s a quick look at the Typhoon Lagoon water park-

Lets end this photo update with a picture of Blizzard Beach. Be sure to join us next time as we take a look at Disney’s Hollywood Studios from the air. You can see our previous helicopter photo update which featured Sea World Orlando here. 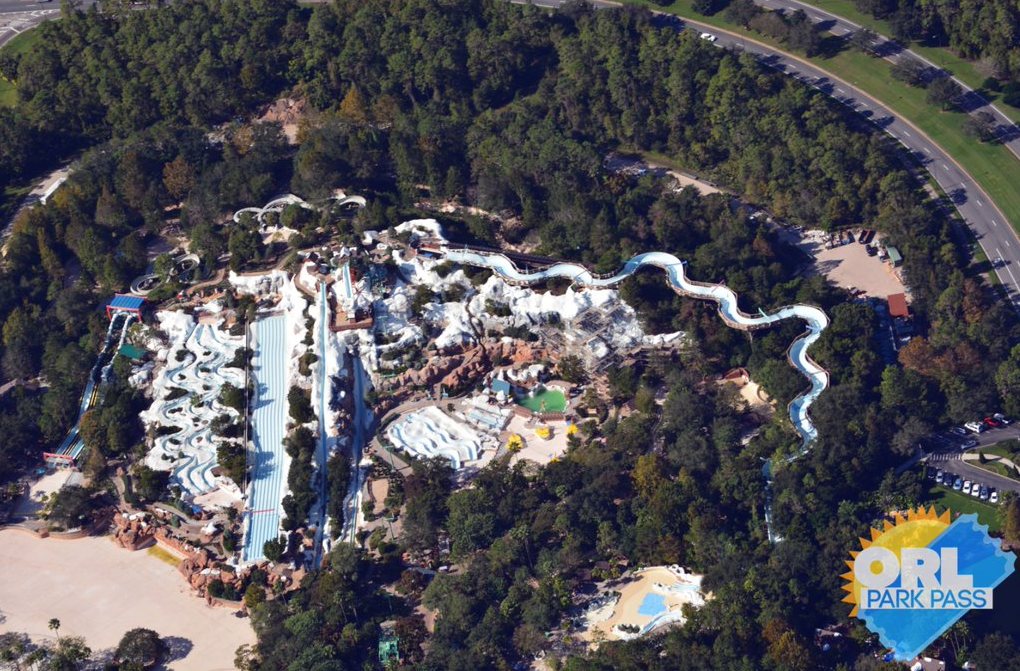